What Will Amazon’s New “Lord of the Rings” Television Series Be About? 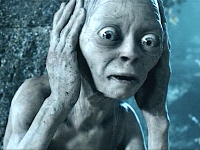 Normally I write only about games in this blog, but given how obsessively I’ve written about Peter Jackson’s Lord of the Rings films during their development, I just had to write a post about today’s surprising announcement that Amazon today has acquired the global television rights to J.R.R. Tolkien’s The Lord of the Rings with a multi-season commitment to produce a television series in cooperation with New Line Cinema, HarperCollins, and the Tolkien Estate and Trust.

What makes news surprising is the support and involvement of the Tolkien Estate. J.R.R. Tolkien had reluctantly sold the film rights to his epic fantasy novel to United Artists in 1969, because he needed the money. Originally he felt strongly that his epic fantasy should not be filmed: “You can’t cramp narrative into dramatic form. It would be easier to film The Odyssey. Much less happens in it. Only a few storms.”

It proved to be a difficult work to adapt. The Beatles considered developing The Lord of the Rings into a film project and approached Stanley Kubrick as a potential director; however, Kubrick turned down the offer due to the difficulties involve. Animator Ralph Bakshi produced the first part of what was to be a two-part animated feature film adaptation of The Lord of the Rings in 1978, but he could not secure financing for a second part. The remainder of the story was eventually made as an animated television special, The Return of the King, by Rankin-Bass for ABC two years later.

Bakshi’s animated adaptation inspired New Zealand director Peter Jackson to develop a Lord of the Rings project, and he and his partner Fran Walsh teamed up with Miramax Films now-disgraced studio head Harvey Weinstein to negotiate with Saul Zaentz, who had held the film rights to the book since the early 1970s. Jackson eventually pitched the project to New Line Cinema, which agreed to finance the project as three films. The rest is cinematic history: Jackson’s Lord of the Rings films went on to earn almost $3 billion in cumulative worldwide box office receipts and a total of 17 Academy Awards, including a “Best Picture” Oscar for The Return of the King.

However, Christopher Tolkien, J.R.R Tolkien’s last surviving son and the editor of his father’s posthumously published works The Silmarillion and the 12-volume History of Middle Earth is not impressed with the film’s financial and critical success. He is, in fact, extremely critical of Peter Jackson’s film adaptations of The Lord of the Rings. In a 2012 interview with the French newspaper La Monde, he said, “”They eviscerated the book by making it an action movie for young people aged 15 to 25. And it seems that The Hobbit will be the same kind of film.” In fact, The Hobbit adaptation was worse, by Christopher’s measure.

Christopher has been proactive in safeguarding his father’s legacy. The Tolkien estate and publisher HarperCollins filed a lawsuit against Warner Bros. in 2012 over the digital exploitation of Lord of the Rings characters for slot machines and other games, alleging that the studio never had rights to license characters for these purposes. The studio countersued, claiming that the estate cost it millions of dollars in license fees from merchandising when it filed a legal challenge. After a five-year battle,the two parties had resolved their differences “amicably.”

While the settlement term’s were not announced, it appears now that this television production is part of the deal.  How could this be possible, when Christopher Tolkien has been so critical of adaptations of his father works?  Well, Christopher retired as Director of the Tolkien Estate on August 31st of this year, and it seems that his replacement is much more welcoming to adaptations.

Things are now so amiable between the party that the Tolkien Estate is enthusiastically supporting the television show. “We are delighted that Amazon, with its longstanding commitment to literature, is the home of the first-ever multi-season television series for ‘The Lord of the Rings,’” said Matt Galsor, a representative for the Tolkien Estate and Trust and HarperCollins. “Sharon and the team at Amazon Studios have exceptional ideas to bring to the screen previously unexplored stories based on J.R.R. Tolkien’s original writings.”

So, what does “previously unexplored stories” mean? Some Tolkien fans are hoping that the series will be based on The Silmarillion, for which the Tolkien Estate has not before released the film rights and therefore has not previously been told on screen. However, the news reports specifically state that The Silmarillion will not be adapted for this project, and that the series was explicitly said to be a prequel to The Fellowship of the Rings and not The Lord of the Rings, which suggests to me that it takes place in the Third Age and not earlier Ages chronicled in The Silmarillion.

My guess is that the series will take place in Middle-earth between the events of The Hobbit and The Fellowship of the Ring. During this time period, the following events occurred in Middle-earth:

Given these events, I think the television series will mainly focus on the individual travels of Gandalf and Aragorn, beginning in 2951, when Aragon learns his heritage and falls in love with Arwen. Given the immortality and long-lives of the various characters, the different seasons of the series make long jumps of time between major events in the timeline, possibly with the last season ending with Saruman’s treachery.

I think the series will also allow for minor events, such as Bilbo’s visits with the Elves (and perhaps Tom Bombadil as well), the Rangers of the North’s efforts to keep the inhabitants of the Shire safe from evil creatures, Gollum’s misdeeds as he searches for the Ring, as well as minor skirmishes fought in Lothlorien.

Of course, this means that a lot of new material will need to be written, as these are “previously unexplored stories” — never written about in any detail by J.R.R. Tolkien.

Will it be any good? That depends on the creative team involved and how well they stay true to the established Middle-earth continuity. At this point, it doesn’t look like Peter Jackson will be involved, which is either good or bad, depending on how you feel about the films.

I cannot help to be interested and cautiously optimistic. New stories set in Middle-earth are inevitable, either before the copyright on The Lord of the Rings expires in 2044, or after. But with the Tolkien Estate’s involvement, I have some hope that the television series will at least attempt to remain faithful to Tolkien’s universe.

Posted on November 13, 2017, in Entertainment Industry and tagged Lord of the Rings. Bookmark the permalink. Leave a comment.