Love Is In The Ware 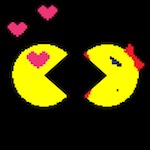 On Valentine’s Day we held a love-themed contest at the Los Angeles Film School. Or, to be more precise, we held two contests. The first was an art show for the computer animation students to determine who could create the best portrait of love. For the game production students, their goal was to create a game that best exemplified the theme of Valentine’s Day.

The first game entry was “The Lonely Chihuahua”, a side scroller in which our protagonist pooch must traverse a jungle landscape to reach his puppy love without exploding.

However, the winner was “I Love O Love”, which represented the theme of Love by, well, here’s the in-game description below. 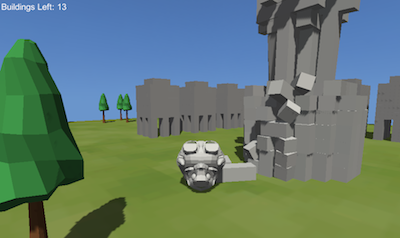 George is a giant armadillo. People often see him wandering the streets with a picture
in his hand. No one has figured out what is on the picture, but everyone knows that every time he looks at it, he wreaks Havoc!

Truth is George’s picture is of his one true love. Every time he stares at it, he remembers how much he loves Godzilla. Godzilla won’t accept his love but said that she would only if he became the most feted monster on the planet.

Now, through his new quest in life, he’s on a mission to break Hell loose on the world.

It brings a tear to the eye, doesn’t it? It just goes to prove that games can just be as effective as film at tugging on the old heartstrings.

Posted on February 17, 2014, in Game Education. Bookmark the permalink. Leave a comment.