← A Tribute To The Marvelous Stan Lee
Commemorating SpaceWar! And Its Pioneering Developers →

Nobody Knows Anything: Why Skipping Playtesting Is Inconceivable

Last week plagued us with at least three deaths of figures in the entertainment industry.  The death of beloved Marvel Comics editor and Marvel film cameo star Stan Lee made front page news around the world. A less publicized death was that of actor Douglas Rain, who provided the voice of the murderous computer HAL 9000 in my favorite film 2001: A Space Odyssey.  But another death that was significant to me and many others was that of screenwriter, novelist, and playwright William Goldman.  If you are not familiar with his name, you certainly are with his work: Butch Cassidy and the Sundance Kid, Marathon Man, and The Princess Bride, to name but a few.

In addition to his works of fiction, he is also famous in the film industry for his memoir about his career in Hollywood, Adventures In The Screen Trade, and particularly for this quote:

“Nobody knows anything…… Not one person in the entire motion picture field knows for a certainty what’s going to work. Every time out it’s a guess and, if you’re lucky, an educated one.”

That observation is as true in the game industry as it is in Hollywood.  I’ve experienced first-hand from both sides of the fence how game publishers will push developers in certain directions or to make other concessions in the belief that the publisher knows what will sell to the game-buying public.  In many cases, I’m sure it is a sincere belief, but in others, I’m certain its merely the publisher representative trying to demonstrate and justify their value to the project.  But sincere or not, what is going to work in a game is just an educated guess at best.

However, I’m not going to point my finger only at the publisher. Remember, nobody knows anything.  That includes game developers.  Even a developer with years of success may discover that when his or her game is first played by gamers, that what the developer was sure was easy is actually difficult, what was understandable was confusing, or what was fun was boring.  As developers are working on a game, it is essential that they get it out in front of potential players to verify their assumptions about the game.  To not do so is, as The Princess Brides’ Vizinni would say, inconceivable! 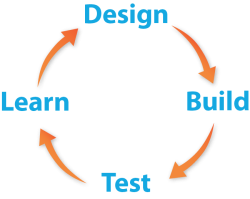 Not game developer gets it right the first time they show their game to players.  It may take dozens, hundreds, even thousands of adjustments to games before they deliver the right play experience.  This is the called iterative process of game design, a design methodology based on a cyclic process of designing your game, making a prototype, testing the prototype with users, and then learning what changes need to be made to the design.  The cycle continues until the game is good enough to launch (or you run out of time and money for more iterations).

Usually developers will find it to be a very humbling experience, because everything they thought they knew about how people would react to their game will prove to be wrong.  But they shouldn’t be too hard on themselves.  After all, nobody knows anything.

← A Tribute To The Marvelous Stan Lee
Commemorating SpaceWar! And Its Pioneering Developers →