← What Was The First Video Game Company?
Roles On A Game Development Team →

What Makes A Video Game Good? 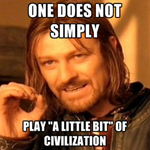 We’ve all played games that we thought were really, really good, and some that were not so good. What is it that separates the two? Of course the “good” ones are fun to play, but what makes them fun? Let’s take a look at the principles that a game must adhere to for it to be a good experience for the player.

The game must successfully deliver the player experience expected and desired by the player based upon the game’s premise, genre, competition, and marketing. Jason Vanderberghe, in a talk he gave at the 2012 Game Developers Conference, cited 5 parameters that can be used to define the player experience.

In additional, all of the game’s elements must be designed to create that player experience.

The game’s core mechanic — that is, the action that the player most often performs in a game — is evergreen. It is as fun to do the 1,000th time as it is to do the first time.

The game’s rules must be easy to understand. If that game is complex — that is, it has many rules — the game only requires the player to learn the basic rules at the beginning of the game and then introduces additional rules as the player progresses.

The game should ideally be deep; that is, the game provides with interesting choices to make regardless of their skill level. In other words, the game is difficult to master.

The difficulty of overcoming the game’s conflicts should increase as the player’s skill level improves throughout the game, depending on what level of challenge is required by the player experience. If the game is designed for casual players, then the conflicts should be relatively easy to overcome. If the game is for hardcore players, the challenges should be relatively difficult to overcome.

The game’s goals have the following qualities:

The game’s outcome (such as whether a player will win or lose) must be uncertain to the players throughout the game. The game should be balanced so that there is no dominant winning strategy or resource.

There should be no missing elements in the game through any of the game paths that might lead to dead-ends or loopholes that the players can exploit.

Finally, and obviously, the game must not have anything that gets in the way of making it fun to play. The game should not require players to do the same tasks over and over without any visible signs of progress, require the player to either micromanage resources or not have sufficient resources, present the player with arbitrary events that can adversely effect game progress or choices that have no positive effect on progress, or have predictable paths or insurmountable obstacles. However, the only way to determine whether the game is fun is to playtest it over and over again with play testers who are representative to the target player, as it all comes back to meeting the expected play experience.

Posted on January 26, 2015, in Game Design. Bookmark the permalink. Leave a comment.

← What Was The First Video Game Company?
Roles On A Game Development Team →