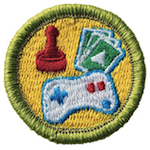 Last weekend a boy scout named Richard came to my home for my help in finishing up the requirements for the Game Design merit badge. He had started work on the requirements while at summer camp and had gotten as far as playtesting his game concept, but he needed me to sign off on the final analysis he wrote up in his game design notebook.

Being a Doctor Who fan, I was delighted by his premise: a game of tag based on one of the most popular Who episodes of all time, “Blink“. In the episode, the Doctor (an alien Timelord who travels through time using a device called a TARDIS) and his companion come to the aid of a young woman who is threatened by The Weeping Angels, a race of predatory creatures that resemble stone statues of angels. The Angels remain motionless so long as you are looking at the, but if you turn away or even blink, they will quickly and silently attack.

Here is the game that Richard designed:

Premise: The Weeping Angels is an outdoor game to be played at night in a dark area by a group of at least three players using flashlights. Each player assumes one of three roles: Companion, Angel or Timelord. The Angels are the antagonists, who try to tag other players. The Companions are the protagonists, and must survive being tagged but can stun the Angels with their flashlights. The Timelord is the hero: he can heal Companions with his sonic screwdriver (flashlight).

Set-Up: This outdoor nighttime game is played by a group of at least three players. One player assumes the role of the Timelord and the remaining players split into two teams, the Companions and the Angels. The Companions get flashlights, the Angeles do not. Each team goes to opposite ends of the playing area, with the Doctor joining the Companions.

Progression: Each side advances toward each other and try to tag a member of the other team. If that player is tagged.

The original version of the game did not have a Timelord. Richard first gave the Timelord the ability to heal any Companion player that had been turned into an Angel and turn them back into a Companion (however, the Timelord cannot turn a player who started an Angel into a Companion). The healing time was originally 50 seconds, but Richard found that the game worked better when the healing time was reduced to 30 seconds. He then gave the Timelord a limit of three times to heal the other player, and that was the final revision Richard made to the Timelord rules.

The last rule that Richard added was another objective. The goal was for the Timelord to escort the Companions to the TARDIS; however, the TARDIS had only room for three Companions and the Timelord. While the game was playable with this objective, Richard’s play testers reported that they liked the version with the Timelord and regeneration, but not the version with the TARDIS. So, Richard removed the TARDIS from the final rule set, because game design is all about creating fun experiences for other people, not just for the designer.

If you play this game with a group of friends, I’d love to hear how you liked it. 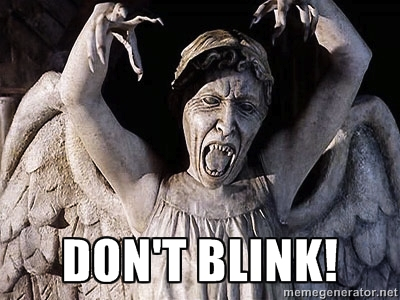