How Much Math (And Everything Else) Do You Need To Know To Make Video Games? 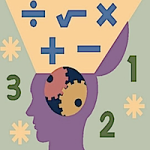 An elementary school teacher in New York recently asked me to write a letter answering the following questions from a 9-year-old-student named Matthew:

What math do you use in video games and how do you use it? What do you have to do to become a video game designer? Do you need to be in a special college or high school?

Here is my reply:

Thank you for sending me your very interesting questions about video game design.

It also helps to play a lot of different games of many different types. As you play them, stop to think about why their game designer’s decide to put in the rules and challenges that they did. Why did they make these choices, and would you make different ones?

Now, to actually get a job as a video game designer, you need to actually make some games on your own. You can make board games using pen, paper, and dice, or you can download some free game making software such as Scratch of GameMaker. A good game designer doesn’t just like playing games; he or she must also like making games.

Once you get a job as a game designer, then you can start making games professionally. You are right that all games start as an idea. However, that game idea may not come from you. Instead, that idea may come from your boss, a co-worker, or a client that you are working for. Anyone can come up with great game ideas. That’s the easy part!

A game designer needs to be very good at writing, a little good at drawing (for sketching out how games screens and levels should look), and also a little good at math. This is because math is the language that computers (including the ones in game consoles and smart phones) speak. Everything in a game needs to be represented as numbers and mathematical equations.

The very first game I made was a Star Trek game in which the player was the captain of the Starship Enterprise and had to travel around the galaxy destroying enemy Klingon ships. I represented the ship’s position as two numbers – the X and Y position on a graph. I also represented the ship’s energy, shield strength, phaser strength, speed, and arsenal of photon torpedoes as numbers. To figure out how far away an enemy ship was from me, I used a formula I learned in Algebra for determining the distance between two points on a graph. I also came up with a mathematical formula for determining how much weaker my phasers became, the farther away my target was.

Now, because I wanted the player to be surprised by the enemy’s actions, I used random numbers to help decided what the enemy ships would do. I would have the computer generate a random number (equivalent to rolling dice) and then use a table to decide what the ship would do based on that number. A game designer creates lots of charts and tables when making a game, and also needs to understand probability and statistics to have the computer make surprising but realistic choices.

Everyone on the development team uses math – including the artists, who need to understand geometry and proportion. The programmers use math in writing the computer code that allows the computer to understand the game rules, while the game producers uses math to figure out the schedule and budget. Math is used everywhere in game development, but it really isn’t that hard, especially when you get to apply it to something fun like making a game.

Being a game designer is like being the host of a party. You plan out what food you are going to serve, what music you are going to play, and what decorations to put up. Then you invite your guests in and make sure they are having a good time. The game designer’s job is to create fun experiences for others to have.

I hope this answers your questions. If you have more, just tell your teacher, and I will be happy to answer them for you.

Posted on December 15, 2014, in Career Advice. Bookmark the permalink. 5 Comments.