Where Do Game Designers Get Their Ideas From? 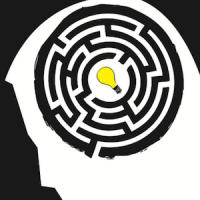 Although I wrote last week that there is no “idea guy” position in the game industry, game designers do frequently need to come up with ideas as part of their other responsibilities.  After all, every game starts out as an idea.  However, while many gamers believe that a game designer comes up with and then  develops a game exactly as he or she originally envisioned it, game design is a much more complicated process.  Some games come from one powerful idea, but most are formed by combining many ideas to create a unique whole. It’s very possible that initial ideas will be (or should be) abandoned, and lots of new ideas will be considered during the process.

Novice game designers tend to mash together existing genres, mechanics, and themes.  They envision new games as collages of existing game component, or put a slight twist on an existing game: “Street Fighter…. with politicians!”. As a result, they focus on the mechanics and theme rather than creating unique player experiences.

Now these ideas don’t come out of thin air. Game designers are influenced by personal interests and hobbies.  For example, for the first game I made professional, Space II, I took concepts I learned about shamanism in an anthropology class, and turned it into a space colonization game in which the player’s goal was to acquire converts to a new religion.  In my second game, Windfall: An Oil Crisis Simulation, I applied queuing theory and supply & demand economics to the 1979 oil crisis.  For my third game, Network, I combined principles from a mass communication class with the movie Network and created a satirical network programming simulation.

When coming up with new concepts, I looked for my inspiration in everywhere but other games.    This is why I recommend to my game design students that they spend a significant part of every day doing something other than playing games so that they have well-rounded experiences upon which to draw:

Ideas can strike you at any time.  I get my best ideas while driving; other might get theirs while taking a shower or having a dream.  So, another thing I recommend to my students is that they keep a game design journal with them at all times for jotting down their ideas when they strike. The journal should be small and convenient enough that you can place it on their nightstand or take it with you everyone you go.

This is the typical birth process for an idea, but it’s possible to skip or jump around stages.  Perhaps you’ll have an “aha!” moment without even realizing you were interested in the topic.  Or maybe you’ll decide that an idea is worth pursuing, but instead of fleshing it out, you’ll spend more time letting it churn around in your head.

Fleshing out an idea is where a designer’s real work comes in, and in doing that work, they need to keep a healthy emotional distance. Obviously, they are excited by their ideas, but they know many ideas never work out, so it’s dangerous to become attached to an untested one. They also know that the initial conception is very rarely the best implementation, so keeping an open mind and keeping nothing sacred will tend to result in better final games.

Be advised that professional game designers don’t just work on their own ideas; often they are called upon to develop ideas that they are given to work on.  So, besides coming up with their own brilliant inspirations, they may be called upon to flesh out concepts coming from sources such as these:

Professional game designers are probably more often called upon to develop game ideas that came from someone else than they are to work on their own.  Admittedly, it can be difficult to get enthusiastic about someone else’s idea, but that’s what you need to do if you’re a professional.  However, sometimes it’s necessary — desirable even — to call in for help, and so next week, I will write about how to brainstorm ideas with other team members.